500 Gems
Not to be confused with the Pet Fox Tail Hat or the Freedom Fox Hat.

The Fox Tail Hat is a clothing item worn on the head. It was originally released in April 2016 at the Sapphire Shop for 10 Sapphires.

This item is a large fox hat that resembles a Fox Head. It has an animated tail and two medium sized Button Eyes. It comes in 6 variants. 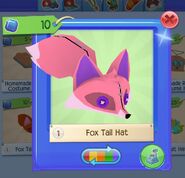 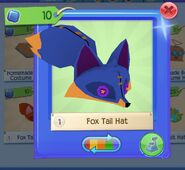 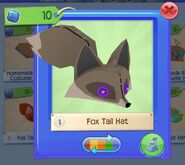 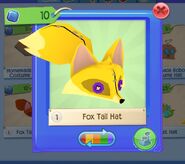 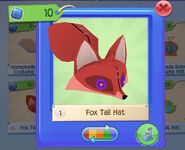