195 gems
The Fox Tail Window is a den item. It was originally released in February 2016 at the Foxes Only Party for 650 Gems.

The Fox Tail Window consists of a brown-frame window with an orange curtain. The curtain ends in a fox's tail, or a brush. This item comes in 6 variants. 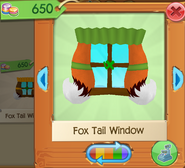 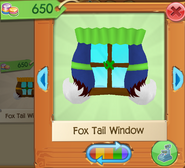 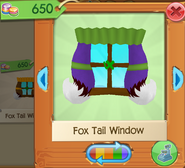 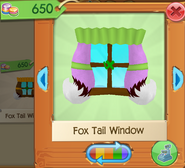 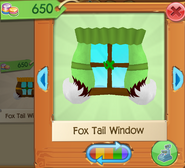