750 Gems
Not to be confused with the Rare Gazebo.

The Gazebo is a den item. It was originally released on July 2016 at Sapphire Shop for 15 Sapphires.

The Gazebo consists of a large, round gazebo with multiple branches that come together to support the roof. This item comes in 6 variants. 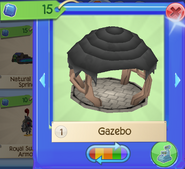 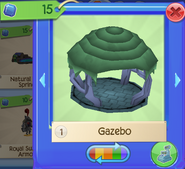 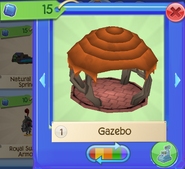 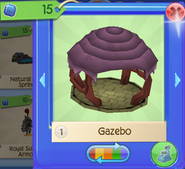 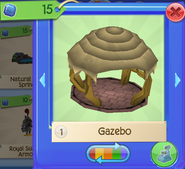