285 Gems
Not to be confused with the Geta Shoes.

The Rare Geta Shoes are a clothing item worn on the paws. It was originally released in the Beta Testing at Jam Mart Clothing for 300 Gems.

The Rare Geta Shoes are a set of traditional Japanese wooden footwear, resembling clogs or flip-flops. This item comes in 6 variants. 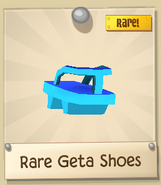 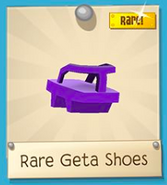 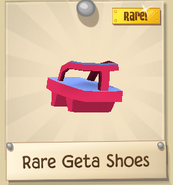 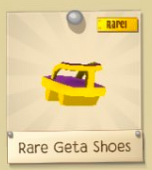 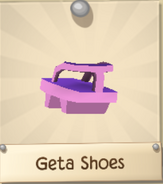 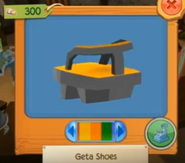 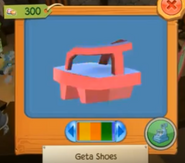 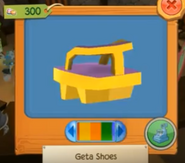 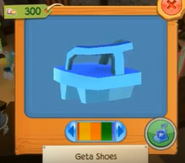 Geta Shoes in the Beta Testing
Community content is available under CC-BY-SA unless otherwise noted.
Advertisement