300 Gems
The Giant Candy Bowl is a den item. It was originally released during the Night of the Phantoms on October 2016 as a prize from the Light In The Dark Minigame.

This item comes in 6 variants. It is a bowl, shaped like a phantom. Inside the bowl is a pile of wrapped pieces of Halloween candy. 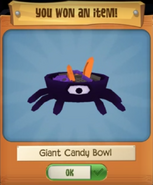 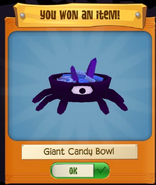 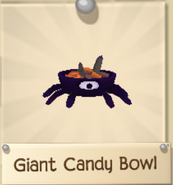 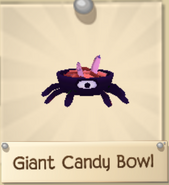 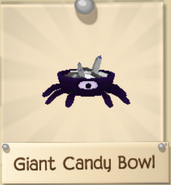