The Giant Clam is an Aquarium's den shell. It was originally released in September 2016 at the Shop for 10 Sapphires.

The Giant Clam consists of a giant dark brown clam. There is a lighter brown-ish tan color that borders the main dark brown color. Inside of the clam there is one milky white pearl. This item comes in 8 variants. 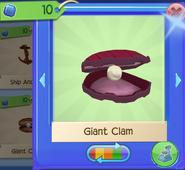 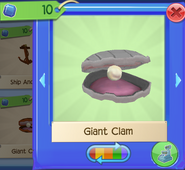 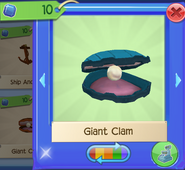 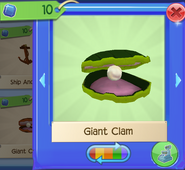 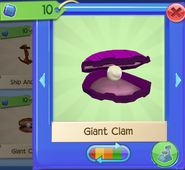 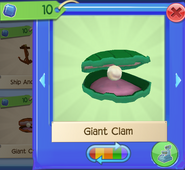 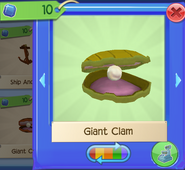