195 Gems
Giant Gumdrops are a den item. They were originally released during the Jamaalidays in December 2015 at the Jamaaliday Jam Shop for 650 Gems.

In December 2016 the item was relocated to Jam Mart Furniture.

The Giant Gumdrops are three large gum drops that sit in white piped frosting. This item comes in 6 variants. 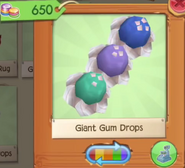 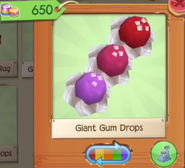 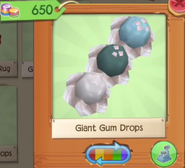 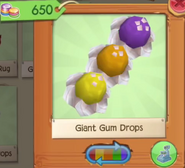 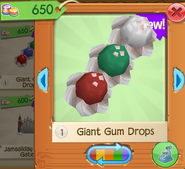