The Giant Phlob Plushie is a den item. It was originally released on July 1, 2021 as a prize from the Giant Phantom in the Phantom Dimension.

The Giant Phlob Plushie resembles the Giant Phantom seen at the mouth of the Arctic Wolf cave in the Phantom Dimension. The plushie has a large, dome-like shape with cross stitching and a large eye. This item comes in 6 variants. 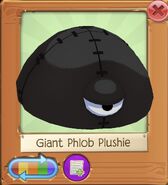 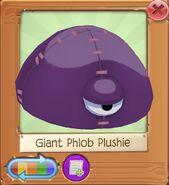 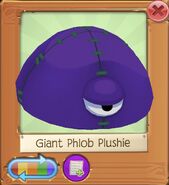 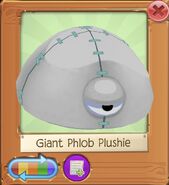 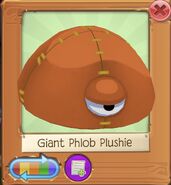