450 Gems
The Giant Snow Globe is a den item. It was originally released during in December 2016 at Epic Wonders for 1,500 Gems, during the Jamaalidays.

The Giant Snow Globe is a big crystal snow globe. There are gifts, a big candy cane and a purple and white Panda Plushie wearing a bow. This item comes in 6 different color variants. 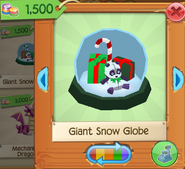 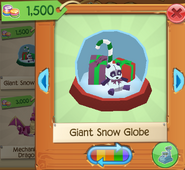 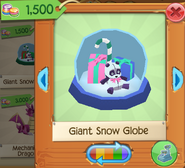 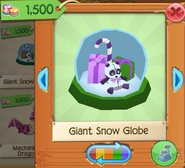 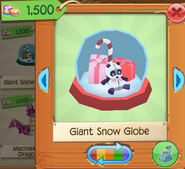