Not to be confused with the Golden Gingerbread Hat.

The Gingerbread Top Hat is a top hat made of gingerbread. It has lines of icing around the brim and pipe of the hat. There are multiple mulit-colored gumdrops attached with icing on the hat. 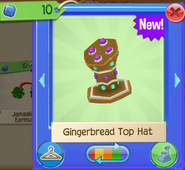 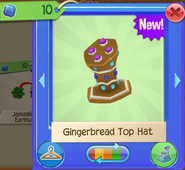 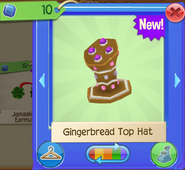 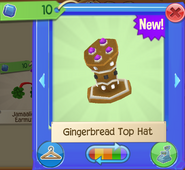 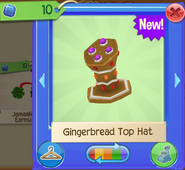