The Gingerbread Wings is a clothing item worn on the back. It was originally released during the Jamaalidays in December 2016 at Sapphire Shop for 20 Sapphires.

The Gingerbread Wings are a pair of four segmented-wings. Each segment has a swirl pattern on it. The item comes in 6 variants. 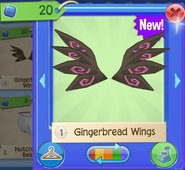 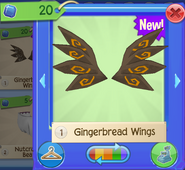 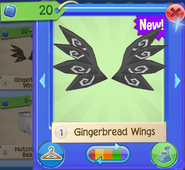 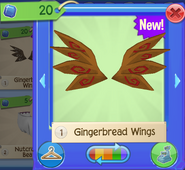 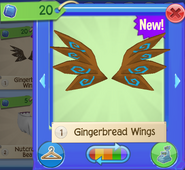