270 Gems
The Greely's Dream Painting is a den item. It was originally released in September 2016 at Jam Mart Furniture for 900 Gems.

The Greely's Dream Painting seems to be a rectangular piece of artwork consisting of blue, violet, pink, and purple swirls/patterns. Two-layered border, the inner layer being white and the outside varying. 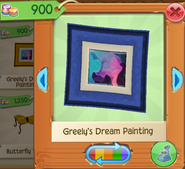 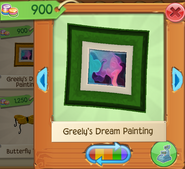 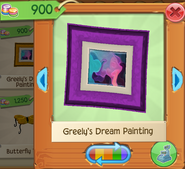 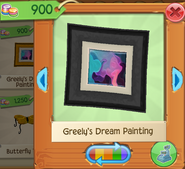 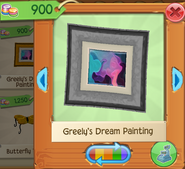