Not to be confused with the Pet Guitar.

The Guitar is a clothing item worn on the back. It was originally released in the Beta Testing at Jam Mart Clothing for 450 Gems. It was re-released as a prize in the Bunny Treasure Hunt in June 2015.

The Guitar appears to be an electric guitar with three strings. This item comes in 7 variants. 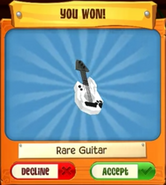 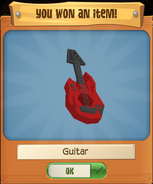 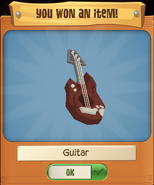 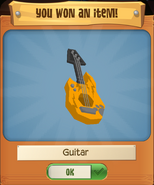 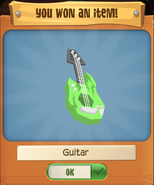 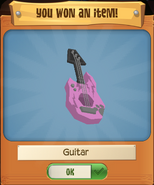 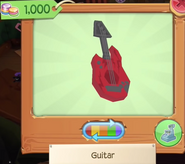 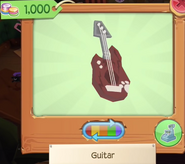 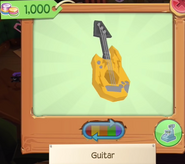 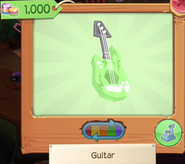 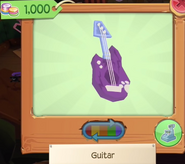 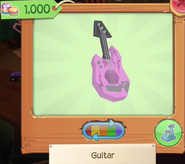 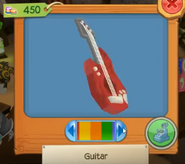 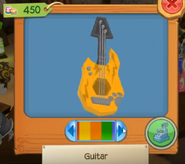 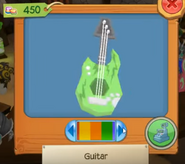 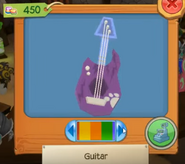 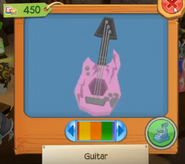 Guitar in Beta Testing
Add a photo to this gallery
Retrieved from "https://ajplaywild.fandom.com/wiki/Guitar?oldid=404354"
Community content is available under CC-BY-SA unless otherwise noted.