390 Gems
Not to be confused with the Halo.

The Rare Halo is a clothing item worn on the head. It was originally released during August 2015 at Jam Mart Clothing for 1,300 Gems.

The Rare Halo consists of a somewhat-jagged stick with a green vine wrapping around it, ultimately ending in a large halo. The vine has two leaves on it. This item comes in 6 color variants. 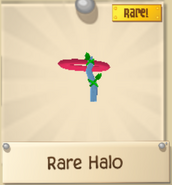 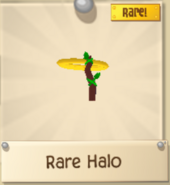 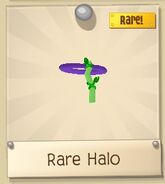 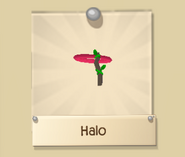 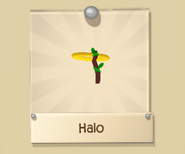 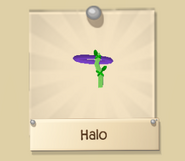 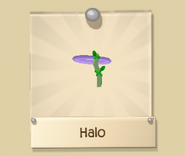