The Hammerhead Shark is an Aquarium's den fish. It was originally released in September 2016 at the Shop for 10 Sapphires.

The Hammerhead Shark is a long gray shark. It looks like the real one. It has a hammer-like thing on the head, and it also has a white underbelly. A few of the teeth are visible. This item comes in 6 different variants. 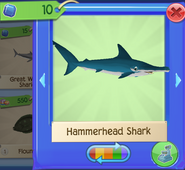 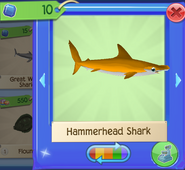 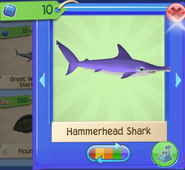 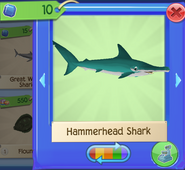 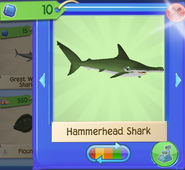