The Head Feathers are a clothing item worn on the head. It was originally released in September 2016 at Sapphire Shop for 15 Sapphires.

The Head Feathers appear as two large, slightly-bent and ruffled feathers placed onto a headband that has a zig-zag up and down pattern on it. 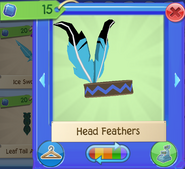 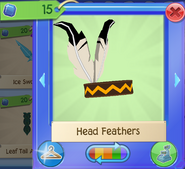 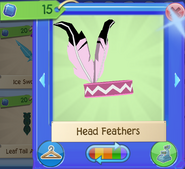 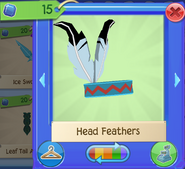 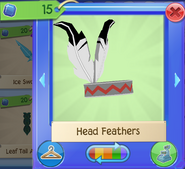 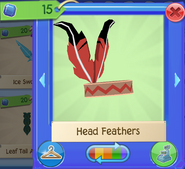