Not to be confused with the Heart Couch.

300 Gems
The Heart Couch is a den item. It was originally released in the Beta Testing at Jam Mart Furniture for 300 Gems.

The Heart Couch is a large, long couch with a rounded, semi-circular backrest. It also has arm rests at either side of the couch. Small heart patterns are visible on it. This item comes in 6 variants. 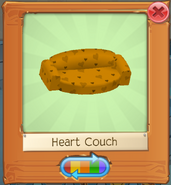 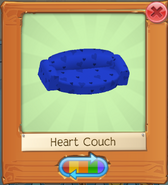 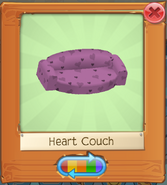 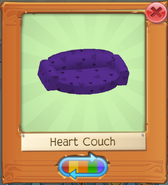 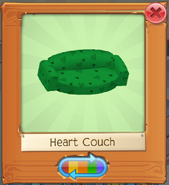 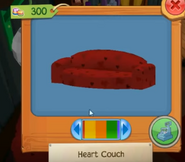 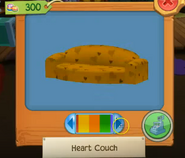 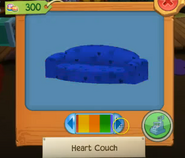 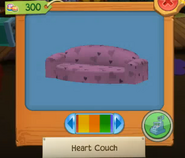 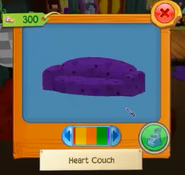