150 Gems
The Heart Hedge is a den item. It was originally released during Friendship Festival on February 2017 at Friendship Party for 500 Gems.

The Heart Hedge is a heart-shaped bush with a small, thick trunk and two branches supporting the large bush. There are various leaves scattered on the bush. This item comes in 8 variants. 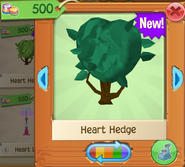 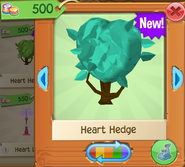 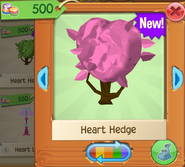 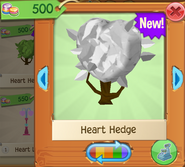 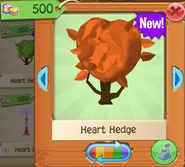 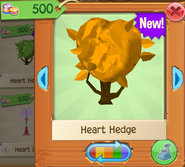 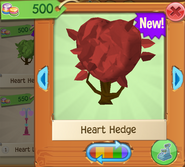