165 Gems
The Heart Lamp is a den item. It was originally released during the Friendship Festival in February 2016 at Jam Mart Furniture for 550 Gems.

The item was relocated to the Friendship Party in February 2017.

The Heart Lamp is a street type lamp. The stance of the lamp curves as it goes up. The lights of the lamp are shaped like hearts. This item comes in 6 varieties. 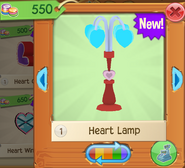 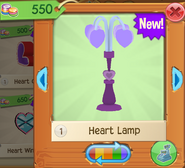 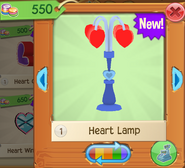 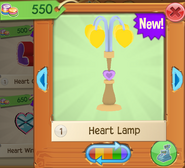 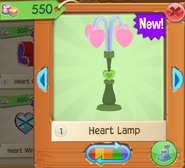