The Heart Lantern is a candle lantern the shade of which is bent iron in the shape of half hearts.This item comes in 5 Variants. 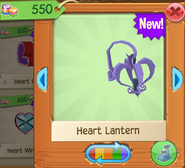 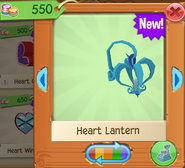 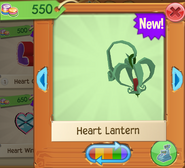 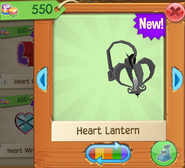