195 Gems
Not to be confused with the Shadow Heart Scarf.

The Heart Scarf is a clothing item worn around the neck. It was originally released during the Friendship Festival in February 2016 at Jam Mart Clothing for 650 Gems.

It is a typical scarf with a heart shaped pattern. The item comes in 6 variants. 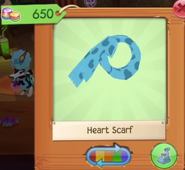 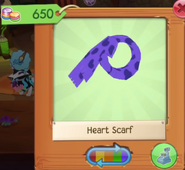 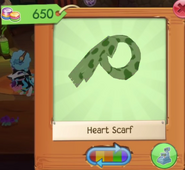 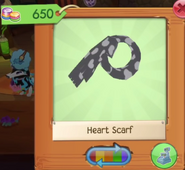 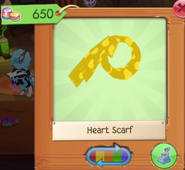 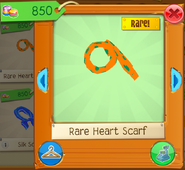 Rare Item Monday Variant
Add a photo to this gallery
Retrieved from "https://ajplaywild.fandom.com/wiki/Heart_Scarf?oldid=398488"
Community content is available under CC-BY-SA unless otherwise noted.