225 Gems
The Heart Sconce is a den item. It was originally released during Friendship Festival on February 2017 at the Friendship Party for 750 Gems.

The Heart Sconce is a wall light. Its built out of three hearts, each larger than the latter and a lit candle on an iron perch. This item comes in 6 different variants. 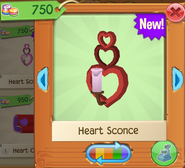 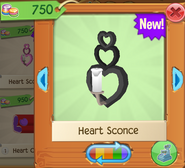 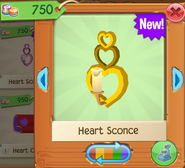 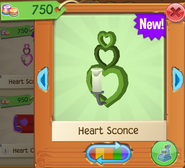 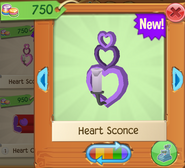