Not to be confused with the Golden Heart Wand or the Pet Heart Wand.

The Heart Wand is a clothing item worn on the back. It was originally released during the Friendship Festival in February 2016 at Jam Mart Clothing for 750 Gems.

The Heart Wand appears as a large, long scepter decorated with three hearts. The top end of the wand is encrusted with a large pearl-like object in corresponding color. This item comes in 7 variants. 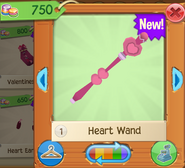 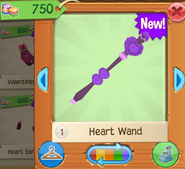 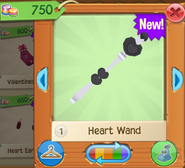 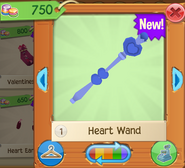 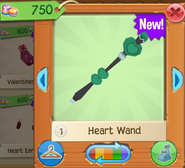 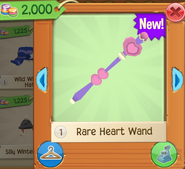