45 Gems
The Hermit Crab Plushie is a den item. It was originally released in November 2016.

The plushie can be won by touching all five different species of Hermit Crabs in the Touch Pool Minigame.

The Hermit Crab Plushie is a plushie that is shaped like a hermit crab. It has a large spiral-shaped shell on its back with short legs and two round pincers.

The item comes in 6 different variants. 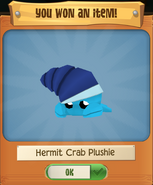 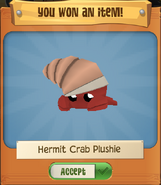 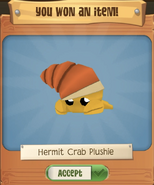 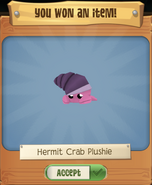 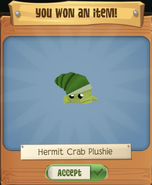