405 Gems
Not to be confused with the Pet Holly Crown.

The Holly Crown is a clothing item worn on the head. It was released during the Jamaalidays in December 2016 at Epic Wonders for 1,350 Gems.

The Holly Crown is a crown made out of holly leaves with berries. This item comes in 4 variants. 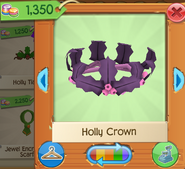 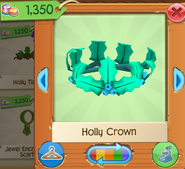 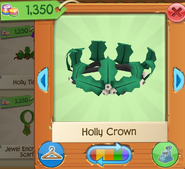