500 Gems
The Home Theater is a den item. It was originally released in the Beta Testing at Jam Mart Furniture for 500 Gems.

The item was relocated to Sapphire Shop in May 2016 for 10 Sapphires.

The Home Theater consists of a Television screen placed on a table stand and two speakers on the sides. This item comes in 6 variants. 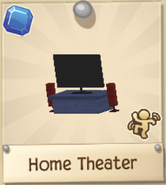 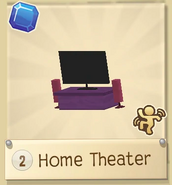 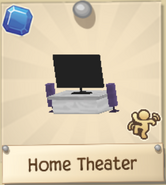 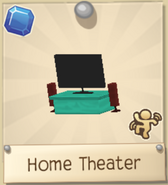 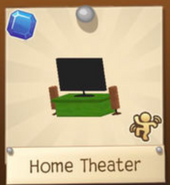 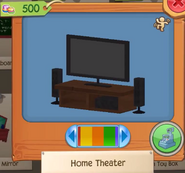 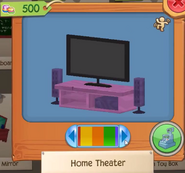 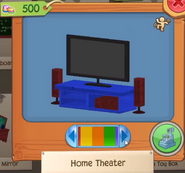 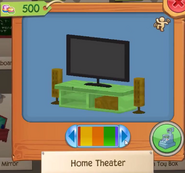 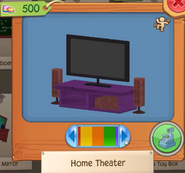 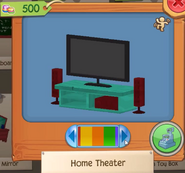