45 Gems
The Horse Plushie is a den item. It was originally released in February 2016. The plushie can be won by random chance in The Superclaw or claw machine, which costs 5 Gems to play.

The Horse Plushie appears to be a small stuffed plushie made to resemble a horse in a crouch pose. It has multiple stitches sewn on its nose, torso, and chest, and it has two small, round eyes. This item comes in many varieties. 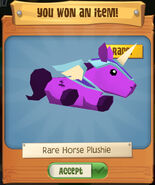 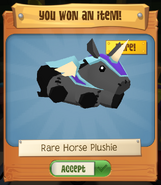 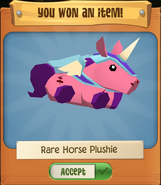 Rare Horse Plushie from The Superclaw 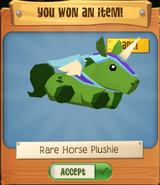 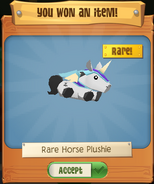 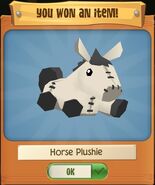 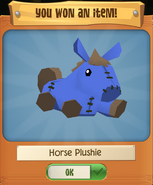 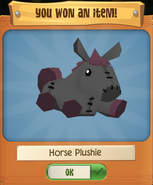 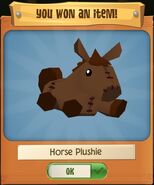 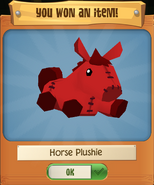 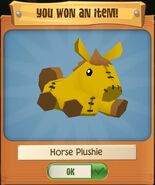 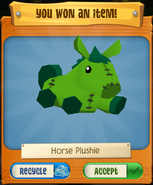