1,250 Gems
Not to be confused with the Pet Hula Skirt or the Rare Hula Skirt.

The Hula Skirt is a clothing item worn on the back. It was originally released in the Beta Testing at Jam Mart Clothing for 2 Sapphires. In November 2015, the item re-released as part of the Tropical Dance Outfit bundle for $0.99 (real currency).

In February 2016, the item relocated to the Sapphire Shop for 25 Sapphires.

The Hula Skirt is a straw skirt with a flower belt. 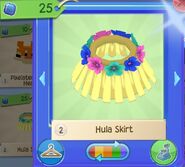 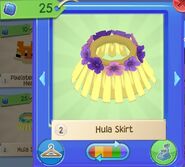 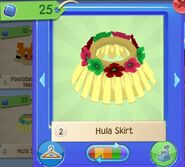 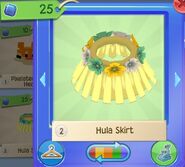 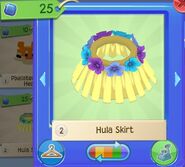 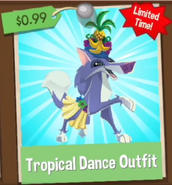 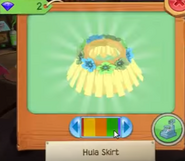 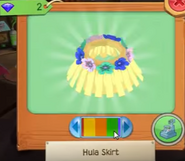 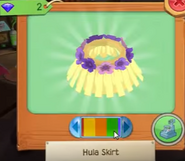 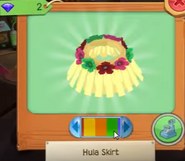 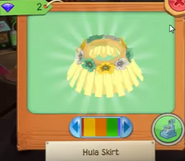 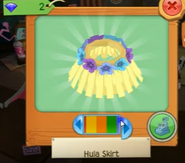 Hula Skirt in the Beta Testing
Community content is available under CC-BY-SA unless otherwise noted.
Advertisement