The Ice Television is a television made of pure ice. It has jagged antennas and curved legs. This item comes in 6 variants. 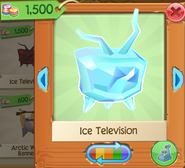 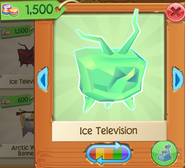 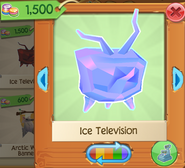 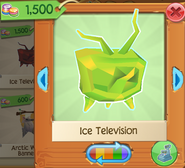 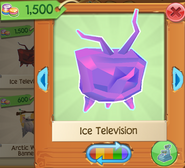