225 Gems
The Inflatable Jamaaliday Tree is a den item. It was originally released during the Jamaalidays on December 2016 at Jam Mart Furniture for 750 Gems.

The Inflatable Jamaaliday Tree is a giant balloon-like pine tree. It has snow on the tips of the branches and ornaments scattered around the tree. This item comes in 6 variants. 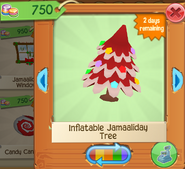 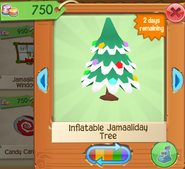 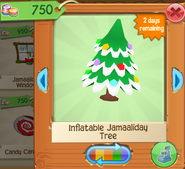 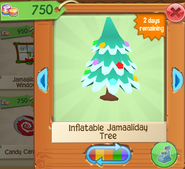 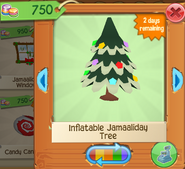