375 Gems
The Jamaaliday Gift Shoes is a clothing item worn on the feet. It was originally released during Jamaalidays in December 2016 at Jam Mart Clothing for 1,250 Gems.

It is a squashed but neatly wrapped gift with a bow on top. The item comes in 6 variants. 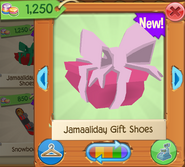 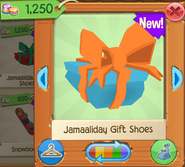 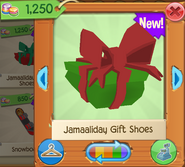 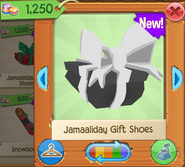 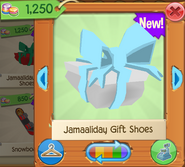