The Jamaaliday Pet Tree is a den item. It was originally released during Jamaalidays in December 2016 at Jam Mart Furniture for 750 Gems.

The Jamaaliday Pet Tree is a small, green pine tree. It has a thin, brown trunk and its foliage is patterned with yellow dots that resemble blinking Jamaaliday lights. Each layer of foliage has a white, snowy edge. Three wrapped gifts that vary in size can be seen under the tree. This item comes in 6 color variants. 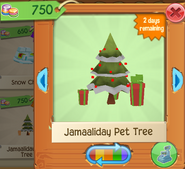 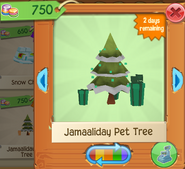 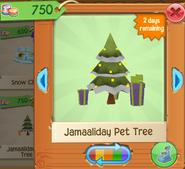 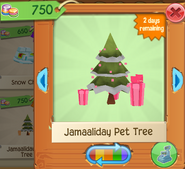 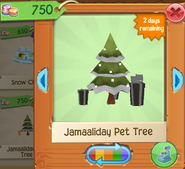