The Jamaaliday Stocking is a striped stocking with snowflakes on it. The stocking is held up by a nail. 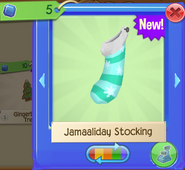 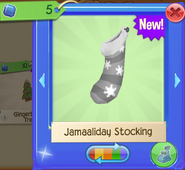 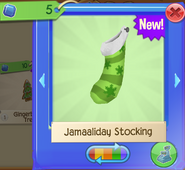 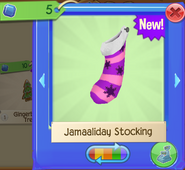 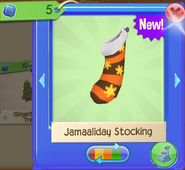