375 Gems
Not to be confused with the Heart Jester Hat or the Pet Jester Hat.

The Jester Hat is a clothing Item worn on the head. It was originally released in August 2016 at Jam Mart Clothing for 1,250 Gems.

The Jester Hat is a yellow, red, orange, green, purple, blue and green hat with a different color rim. This item comes in 6 variants. 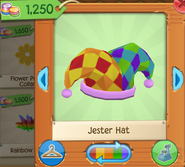 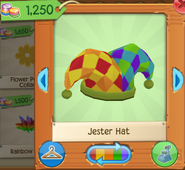 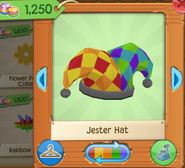 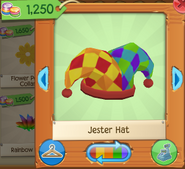 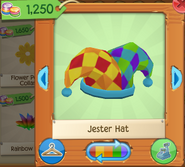