45 Gems
The Koala Plushie is a den item. It was originally released through The Claw in June 2015 and through the Superclaw in February 2016.

This is a solid-colored, stuffed koala toy with a visible stitch running down the center of the body and face. This item comes in 9 variants. 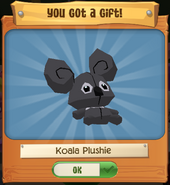 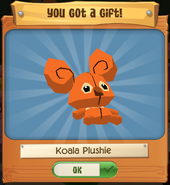 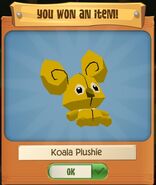 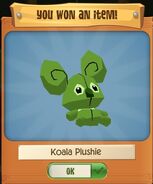 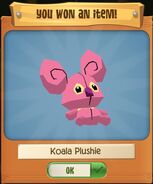 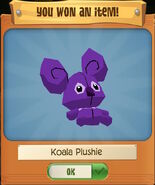 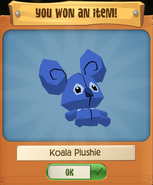 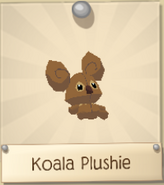 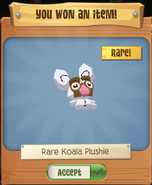 Rare Koala Plushie from The Superclaw
Community content is available under CC-BY-SA unless otherwise noted.