255 Gems
The Large Ancient Vase is a den item. It was originally released in August 2016 at Jam Mart Furniture for 850 Gems.

In November 2017, the item was relocated to the Outback Imports.

The Large Ancient Vase is a large glass vase with two handles. It has a swirly pattern and a paw on it, it also has a small crack on it. This item comes in 6 variants. 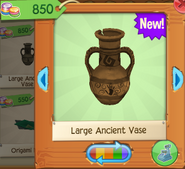 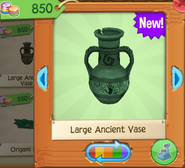 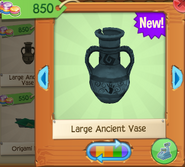 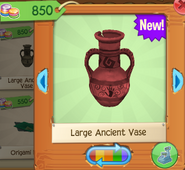 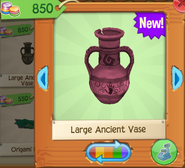 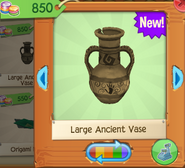