180 Gems
The Lasso is a clothing item worn on the back. It was originally released in the Beta Testing at Jam Mart Clothing for 350 Gems.

The Lasso is a long rope that is arranged in a lasso. There are two red bands and a pale purple band on the rope. This item comes in 6 variants. 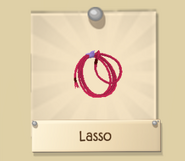 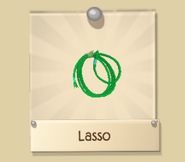 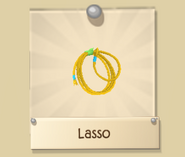 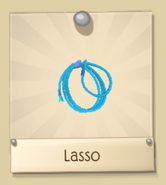 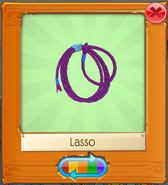 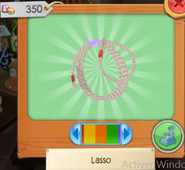 Lasso in the Beta Testing
Community content is available under CC-BY-SA unless otherwise noted.
Advertisement