1,000 Gems
Not to be confused with the Pet Leaf Armor.

The Leaf Armor is a clothing item worn on the back. It was originally released in November 2016 at Sapphire Shop for 20 Sapphires.

The Leaf Armor is made up of several leaves formed together to make three plates of armor. This item comes in 4 variants. 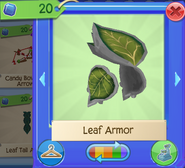 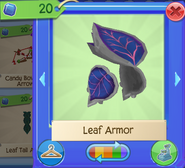 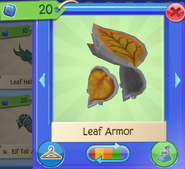