Lemurs Only Party
The Lemur is an animal originally released in September 2016 at Sapphire Shop for 150 Sapphires.

The Lemur's overcoat is a light periwinkle color which covers the body, part of the head and is one of the two colors that makes up the tail rings. The ears, chest and rings on the lemur's tail are fair beige in color. The eyes are large and magenta colored, while the mask around the eyes is dark navy blue. 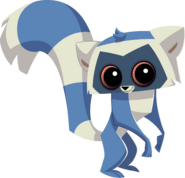 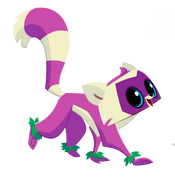 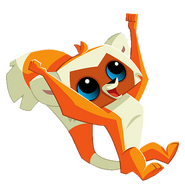 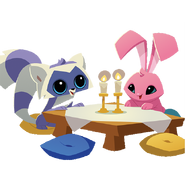 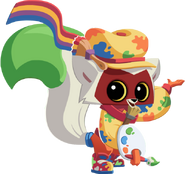 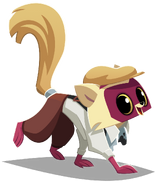 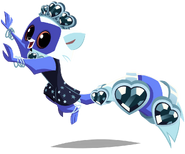