The Liberty Spikes is a clothing Item worn on the Head. It was originally released on August 13, 2016, at Jam Mart Clothing for 850 Gems.

The Liberty Spikes consist of an array of spiky hair which is based on the Statue of Liberty. 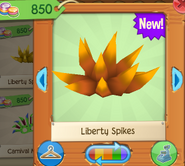 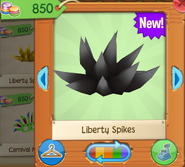 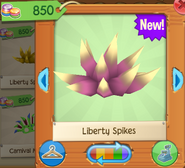 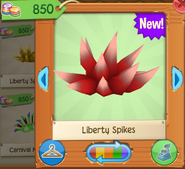 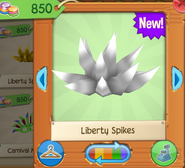