The Lightbulb Nose is a clothing item worn on the face. It was originally released in December 2015 at Jam Mart Clothing for 650 Gems, during the Jamaalidays.

The Lightbulb Nose is in the shape of a sphere. It flickers, changing from the color to black, like a lightbulb, hence the name. 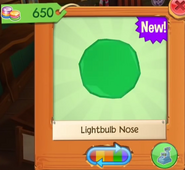 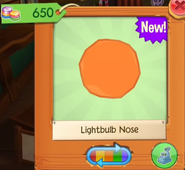 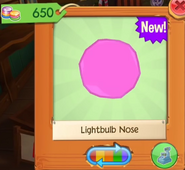 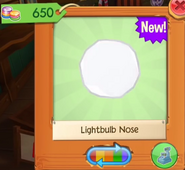 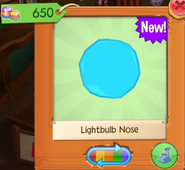 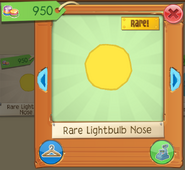