The Lightbulb Nose is a clothing item worn on the face. It was originally released in December 2015 at Jam Mart Clothing for 650 Gems, during the Jamaalidays.

The Lightbulb Nose has the shape of a sphere. It flickers, changing from the color to black, like a lightbulb, hence the name. This item comes in 6 different color variants. 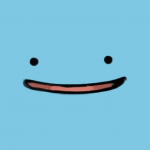