1,000 Gems
Not to be confused with the Golden Lightning Armor.

The Lightning Armor is a clothing item worn on the back. It was originally released in September 2016 at Sapphire Shop for 20 Sapphires.

The Lightning Armor is armor made of several plates with thick outlines. Lightning bolts stick out of the back. The item comes in 6 variants. 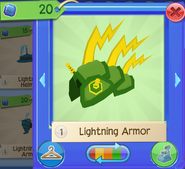 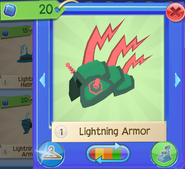 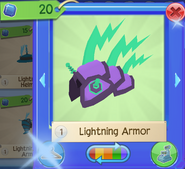 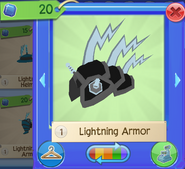 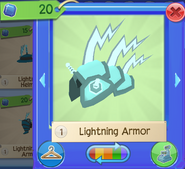 Add a photo to this gallery
Retrieved from "https://ajplaywild.fandom.com/wiki/Lightning_Armor?oldid=293183"
Community content is available under CC-BY-SA unless otherwise noted.