The Lobster Claws are a clothing item worn on the paws. They were originally released sometime during September 2016 at Jam Mart Clothing for 1,000 Gems.

The Lobster Claws consist of 2 large, curved paw items resembling a lobster’s front claws. They are slightly jagged in some areas, representing the tough skin of an actual lobster. 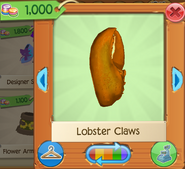 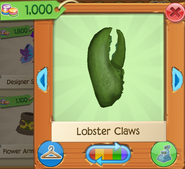 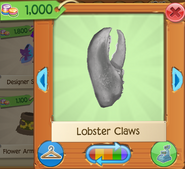 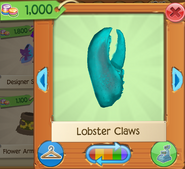 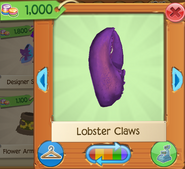