The Long Striped Scarf is a clothing item worn around the neck. It was orginally released in July 2015 at Jam Mart Clothing for 700 Gems.

The Long Striped Scarf is a plaid-style scarf with brightly colored stripes, and it has three small cuts on either end. 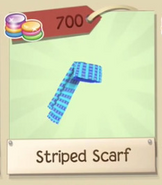 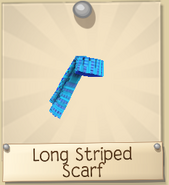 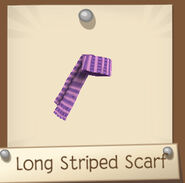 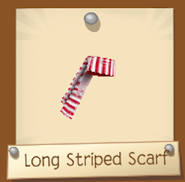 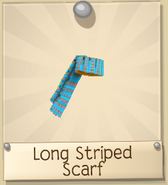 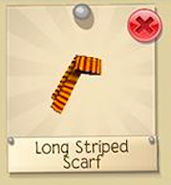 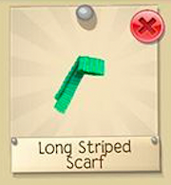