The Lovebug's Pinwheel is one of the Lovebug's pet den items. It was originally released during the Friendship Festival in February 2017 at Claws 'N Paws for 5 Sapphires and also through the Friendship Cottage Bundle at Sapphire Shop for 250 Sapphires.

The Lovebug's Pinwheel is a flower shaped pinwheel. When the Lovebug plays with this item, it spins around the petals until it falls off. 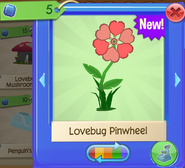 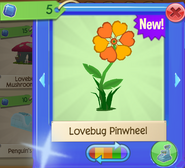 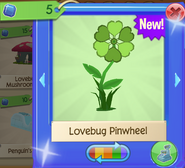 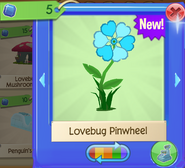 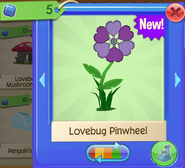 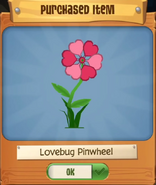 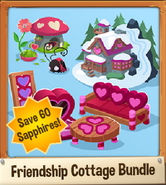