450 Gems
The Mad Scientist Hair is a clothing item worn on the head. It was released in July 2016 at Jam Mart Clothing for 1,500 Gems. The Rare Item Monday variant was released on October 22, 2017.

The Mad Scientist Hair consists of spiky, long, thick hair which is held back with large goggles. This item comes in 7 variants, including the Rare Item Monday variant. 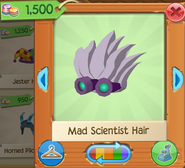 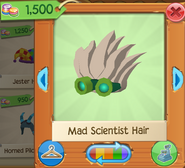 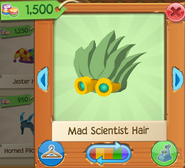 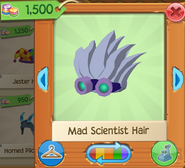 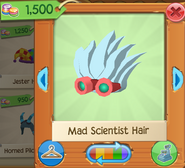 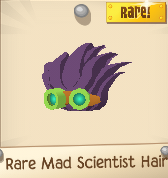 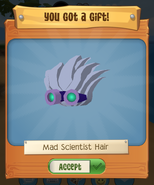