The Mech Angel Helmet is a clothing item worn on the head. It was originally released in the Beta Testing at Jam Mart Clothing for 250 Gems.

The Mech Angel Helmet consists of an armor headpiece that curves around the outside of the face with a tiara-like design on the top and spiral decorations on either side. Three feathers with differently colored tips stick out from the top of the helmet on either side. This item comes in 6 variants. 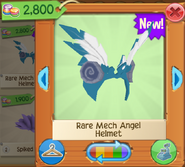 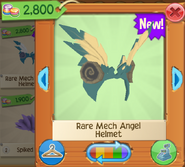 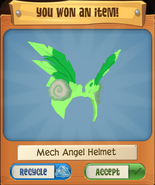 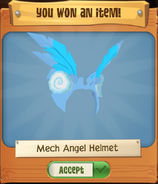 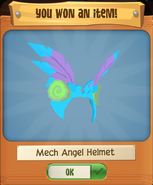 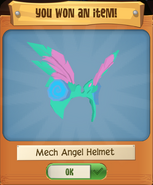 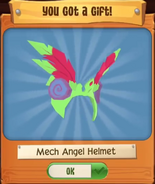 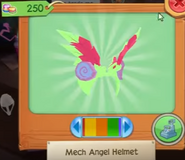 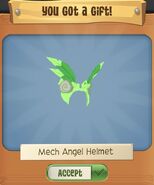