300 Gems
The Medusa Mask is a clothing item worn on the face. It was originally released during the Night of the Phantoms in October 2015 at Jam Mart Clothing for 1,000 Gems.

The Medusa Mask is a quadrangular-shaped mask with five hissing snakes coming out from the sides. The mask has female features and a large gemstone crest on it's forehead. The item comes in a variety of 6 colors. 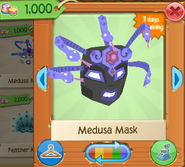 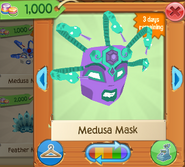 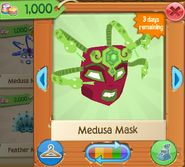 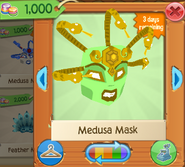 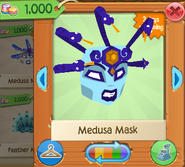