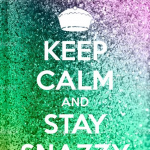 Hello. Have any questions? Wondering something about AJPW or the wiki, or just want to say hi or leave a message for me? This is the place to do so! ~Lightning